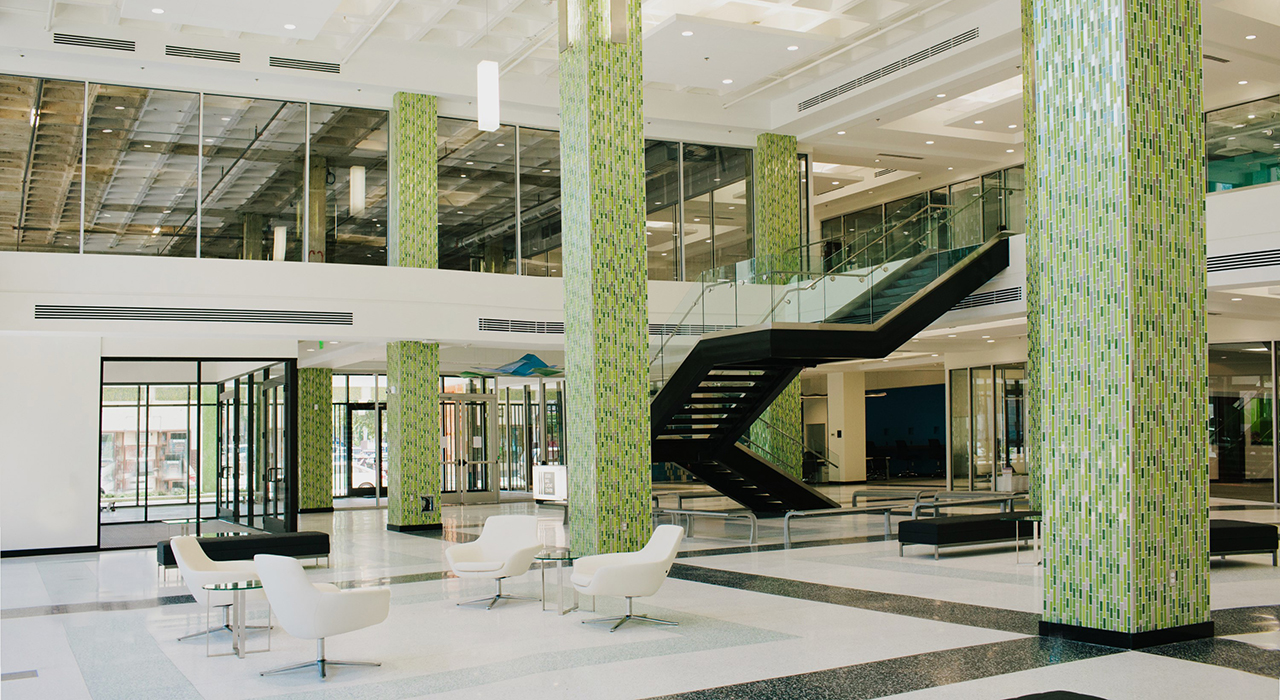 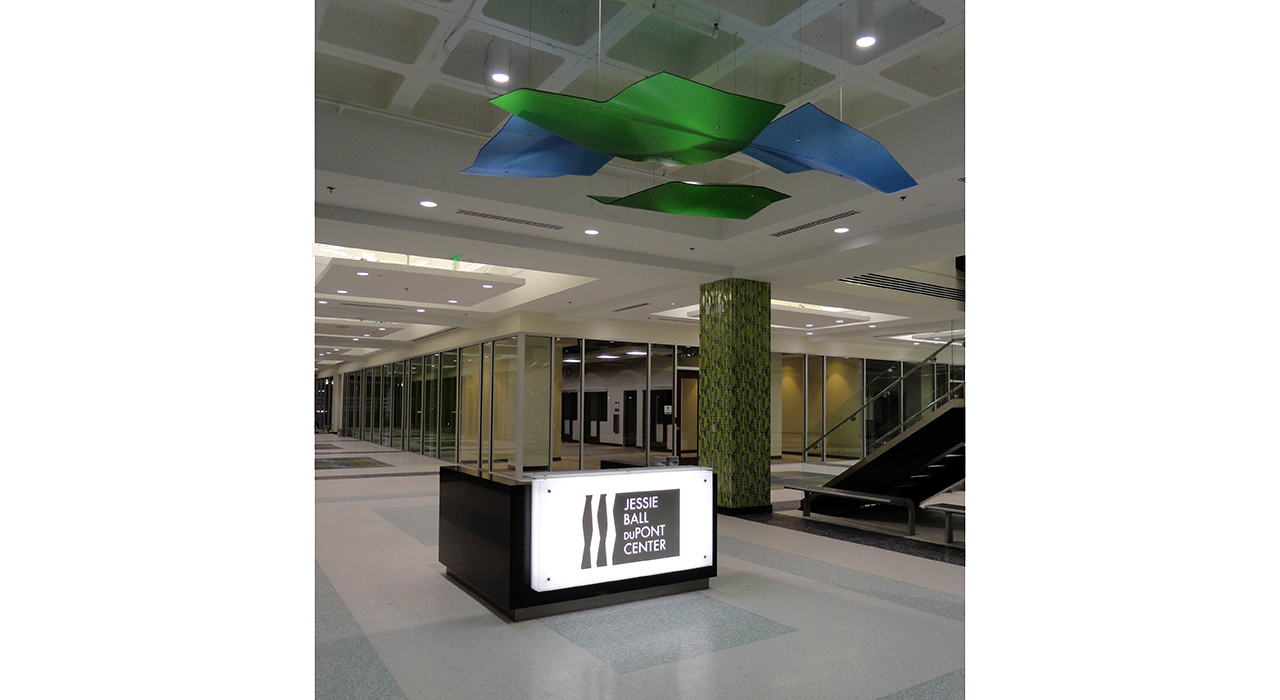 The renovation of the former Haydon Burns Public Library provides a three story office building with ground floor retail space. Office space will be leased to philanthropic and nonprofit organizations. The interior of the 49 year old building has been updated to 21st century standards including energy-efficient windows, lighting and the installation of a new HVAC system. Rain water will be collected and used to irrigate the garden space on the second floor. LEED Gold certification or better is being pursued.