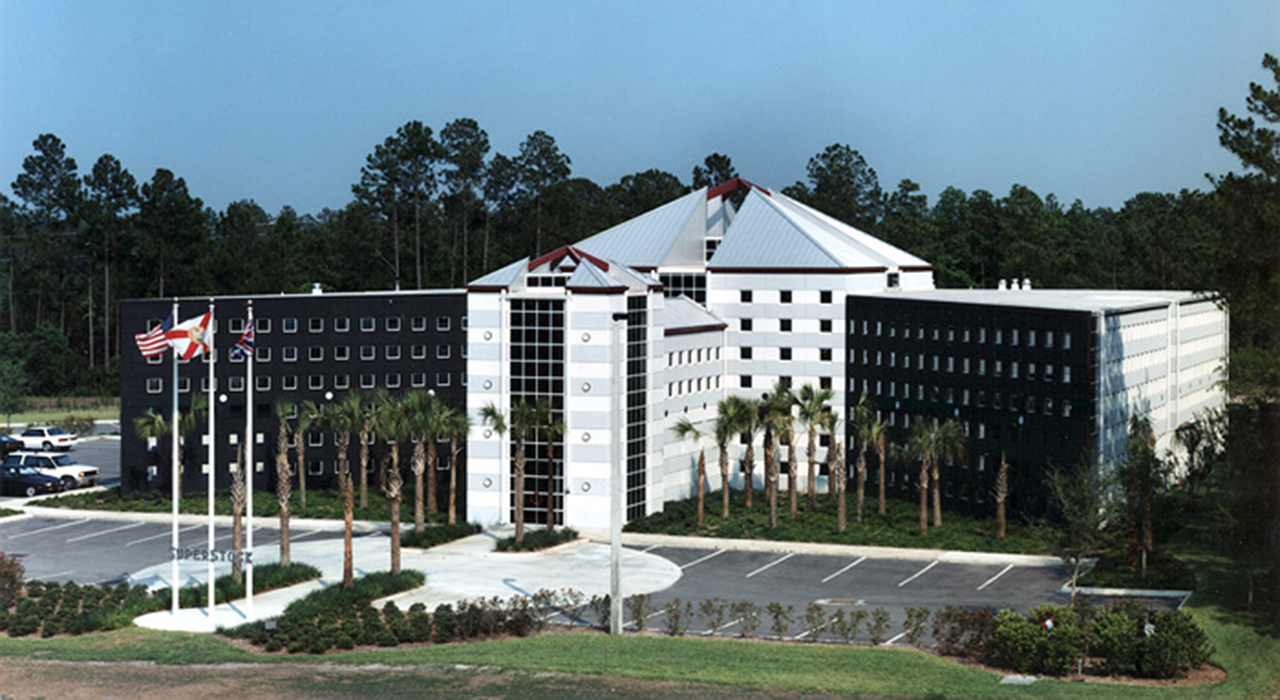 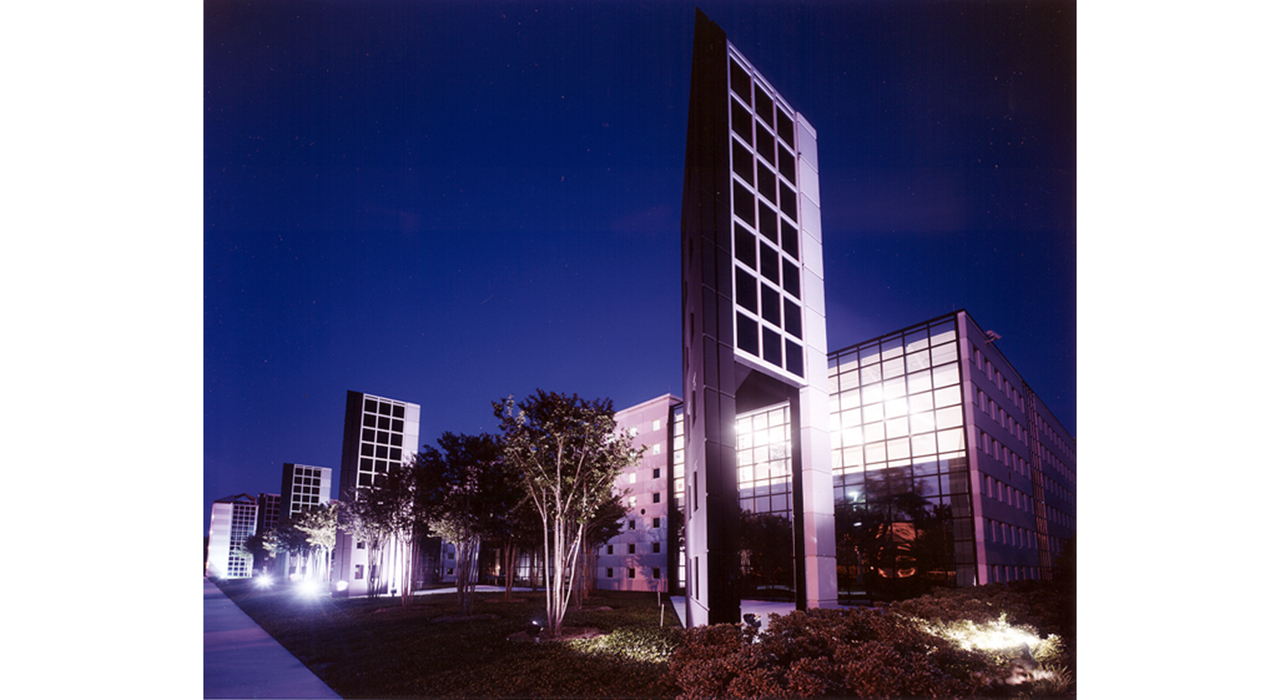 This corporate headquarters building for the largest stock photography in the world was designed as a true square, built on axis and inwardly oriented. The entrance serves not only as a focal point but also provides gallery space to display some of the most striking photographs. The interiors are open allowing unobstructed views from the first to the second floor.The ceilings have been omitted and the mechanical components are exposed, becoming part of the design element.

The purpose of the design of the building was to echo the sense of the camera. Scale was enhanced by utilizing six levels of punched openings which terminate into a large central space with stratified banding. A grid of short column-like palm trees fills voids in the foreground creating illusionary height. Architectural interpretation of a box camera with black film punched walls leads the imagination to the internal exposed components, thus relating to the image of the company. The tower entrance immediately communicates vertically, allowing separation of second level traffic from the first level traffic. A connecting bridge spans from the center of the building to the rear employee entrances. The space is long, narrow and tall and leads one through a procession of large photographic murals.